The Italian Grand Prix is already underway. This weekend is one of the most special for BOÉ Motorsports, a GP in which David Muñoz makes his official debut in the Moto3 World Championship. The team had high hopes for this weekend and, so far, the expectations are being fulfilled with hard work and improvements in each session. In addition, Ana Carrasco also continues her adaptation process with a positive progression.

While in the first free practice of the weekend the best times of Muñoz and Carrasco were 2:00.444 and 2:02.606 respectively, the improvement has been clear during Saturday. In FP3 David Muñoz managed to set a fastest lap in 1:58.673 and Ana Carrasco in 2:01.762, so the team’s progress was very clear.

The two BOÉ Motorsports riders had to go through Q1, a session in which Ana Carrasco finished fourteenth and in which she again lowered her best time with a time of 2:00.488. David Muñoz surprised many with a fourth place in this session (1:58.471) which allowed him to qualify for Q2.

In his first Grand Prix and facing rivals with more experience and who, in addition, have been competing in seven Grands Prix this season, Muñoz has stood up to them and fought with them at a high level. Finally, David Muñoz will start tomorrow’s race in fifteenth position on the grid thanks to a fastest lap of 1:58.089.

David Muñoz #44: “The day went quite well. Yesterday we started a bit lost, something we expected, but since this morning I have been feeling good and I have dropped my time quite a lot. I made a step forward and even though we had to go through Q1 we got through it. In Q2 I did my best, but I didn’t do a good last lap, I lacked experience and I should have done a better lap, but I’m very happy with our work. After a tough Friday where I had to adapt quickly, today went much better. Tomorrow we hope to make a good start and, why not, be at the front. We are going to give it our all”.

Ana Carrasco #22:“It’s been a difficult weekend, Mugello is a very fast circuit and you lose time easily. Today we made a big step forward compared to yesterday, but we are still a long way off. I am working as much as possible with the team to improve the points where we are losing the most time. Also, regarding the set-up, today we improved and I felt a bit more comfortable riding. We have to keep working for tomorrow, to try to make another step forward in the warm up and another one in the race. We’ll see what happens tomorrow, we’ll keep trying”.

Tomorrow the Moto3 action at Mugello will start with the warm up at nine o’clock in the morning. As usual in Europe, the race will start at eleven o’clock. 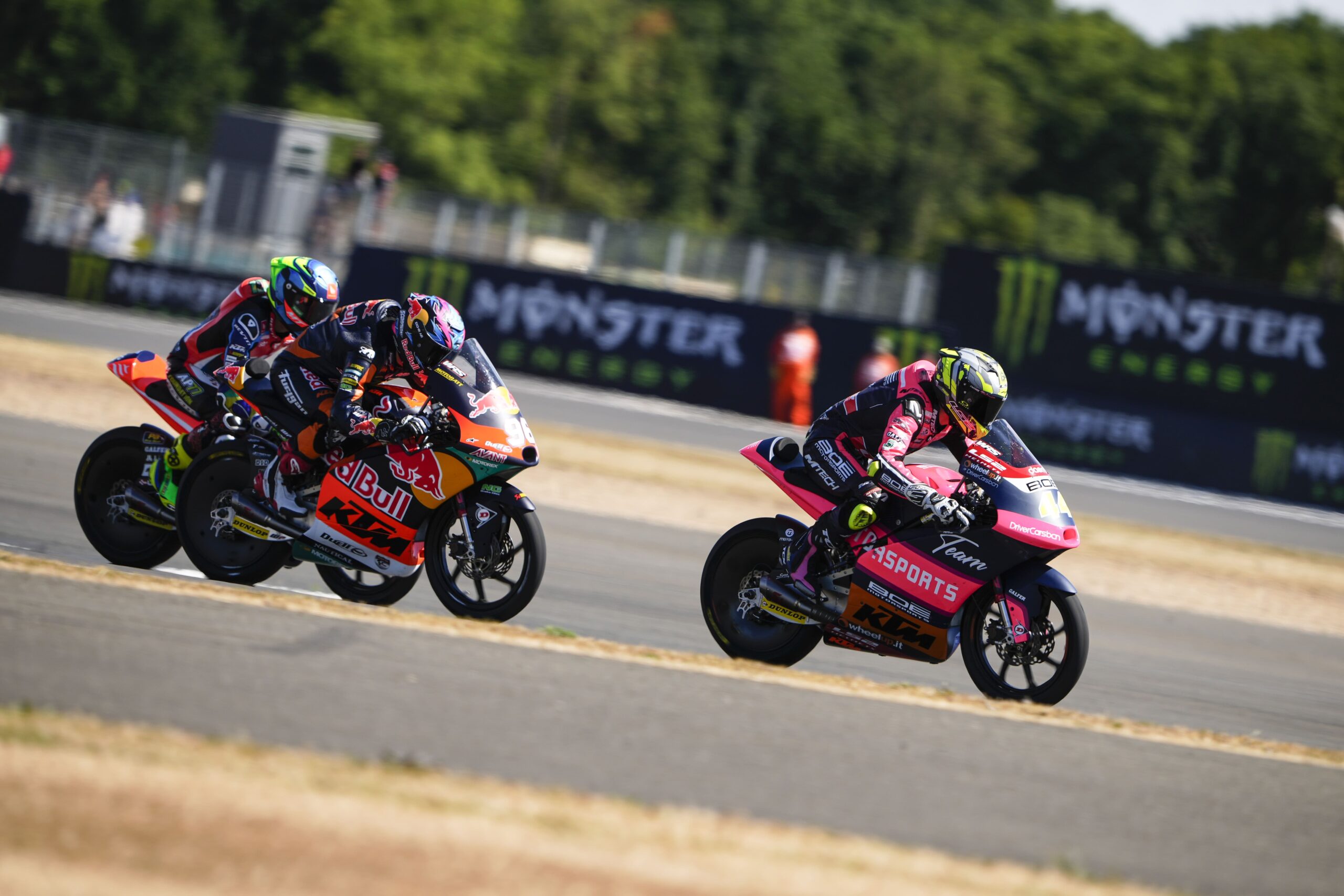 BOÉ Motorsports close to victory with David Muñoz at Silverstone 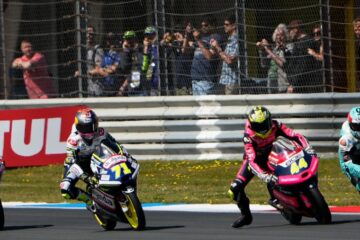 BOÉ Motorsports, in the fight for victory until the last lap.

David Muñoz crashed out on the last lap when he was fighting for the victory, while Ana Carrasco finished 22nd BOÉ Motorsports arrives at the summer break with a very positive feeling. The Spanish team Read more… 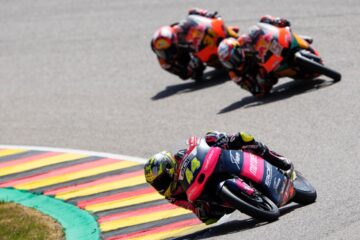 The Spanish team scores points for the third consecutive race and is once again among the best with the Andalusian rookie BOÉ Motorsports continues in a good dynamic of results. The German Grand Prix was Read more…